Begin your journey into 66 acres of dark trails and darker creatures by climbing aboard this tractor-pulled hay wagon. All may seem safe at first with your fellow passengers, but you’re in for the longest, scariest time of your life. As you venture deeper and deeper into the Realm of Reaper’s Forest, be ready for what waits for you in the darkness. Reaper’s own soul-searching creatures and bloodthirsty zombies are lurking at every twist and turn, finding delight in discovering your inner fears. Prepare yourself for the most horrifying ride of your life – it may be your last!

Make your way next to the Lost Carnival – a sideshow populated by the souls of freaks, clowns, and other oddities. But this is no fun day at the circus. The inhabitants of the Lost Carnival are deranged and demented, and they’re waiting for you… their audience for their encore performance. If you’re lucky, you may reach the Tunnel of Love to make your escape. But what will you find on the other side?

Enter a world of multiple dimensions where everything is coming off the walls and scaring  you at every turn. Do you have what it takes to brave an altered reality. This attraction brings Test Your Fate to another level – be afraid…. be very afraid.

Built in 1862, Pitch Black Incorporated was once a thriving light bulb factory that employed a large portion of the population from Lackawanna County. A horrific electrical accident took place in 1924, causing Mr. Black to close the factory for good, after losing his wife Abigale and much of his workforce in this tragedy. However, locals state that Pitch Black Inc. is still very much alive, even though the lights have been off for years. It has been reported that a few brave souls have entered the darkness over the years, but were never seen again. You have been warned… Enter at your own risk.

The Eastern half of the United States has suffered a massive bio-nuclear attack. You are among the few survivors to escape the cannibalistic mutants and make it to Sector 13, the last remaining bridge to the relatively “normal” Western US. But Sector 13 was made to contain mutants – not provide a quick exit. New terrors await around each corner as you navigate to safety, and not all the inmates can be contained. Will you escape the maze, or find yourself at a dead end? Be careful where you go, because in this high-intensity maze of psychological scares, turning back may not be an option. 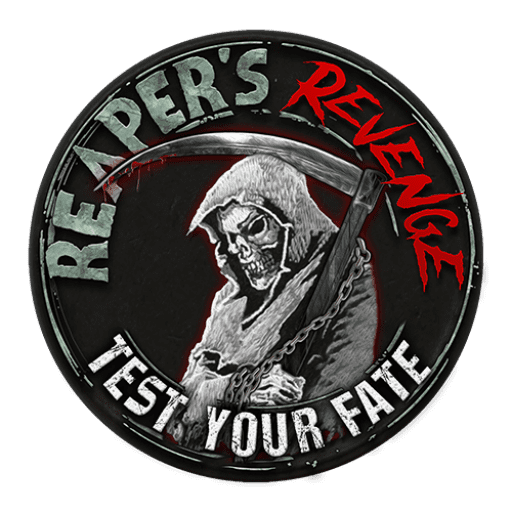